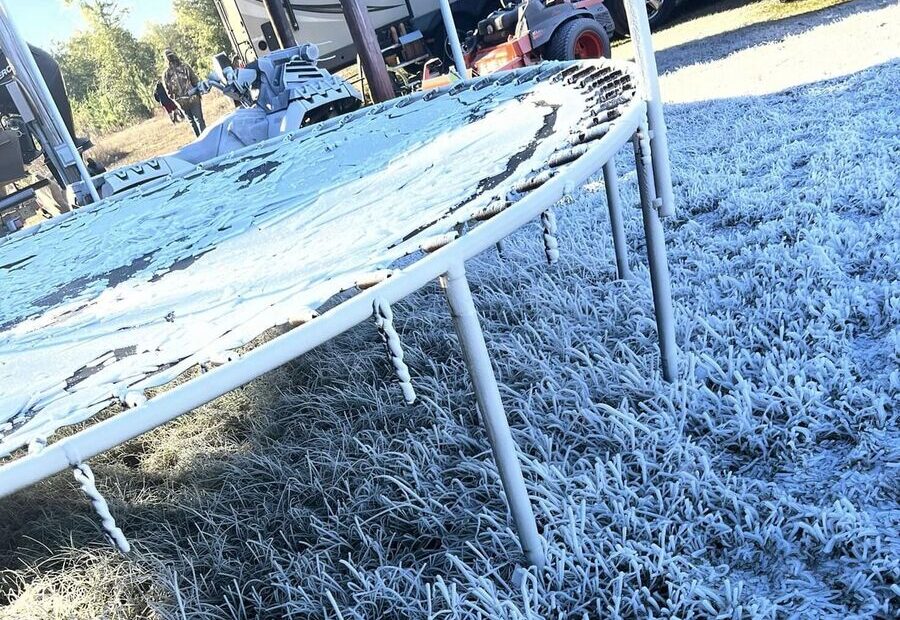 On Christmas morning, Brevard County, Florida experienced a rare occurrence of ice pellets, or sleet, falling from the sky. The National Weather Service confirmed that sleet occurred in Rockledge, Viera, and Merritt Island. Frozen precipitation of this type is unusual in Florida, particularly in the southern part of the state. The last time Central Florida saw wintery weather was in January 2010. The forecast for the start of the work week includes cold weather, with lows below freezing in areas north of I-4 on Monday morning.

On Christmas Day 2022, parts of Florida were hit with a rare and unexpected snowfall. The snow was caused by a cold front that moved through the state, bringing with it colder temperatures and precipitation. While it is not uncommon for Florida to experience some cold weather during the winter months, it is rare for the state to see snowfall.

The snowfall caused excitement among some residents, who were thrilled to experience a white Christmas in a state that is typically warm. Others, however, were caught off guard by the unexpected weather and had to scramble to prepare for the cold.

Despite the excitement, the snow is expected to melt quickly due to the warmer temperatures in Florida. The state typically does not see extended periods of cold weather, and the snow is not expected to stick around for long.

Overall, the snowfall was a rare and unexpected event for Florida, and it brought some excitement and surprise to residents who may not have been expecting a white Christmas.