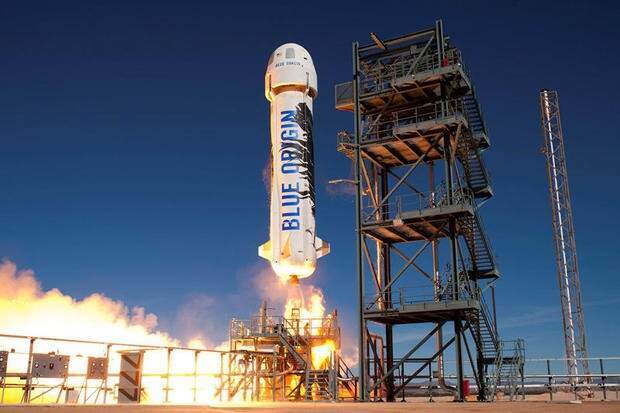 The space flight company founded by billionaire Jeff Bezos is expected to launch its first manned mission on Tuesday (July 20), which will send the billionaire and three others into suborbital space aboard a reusable rocket-propelled combo called New Shepard. Take-off is scheduled for 9:00 am EDT (10:00 Brasilia, 14:00 Lisbon) from Blue Origin Launch Site One near Van Horn, Texas.

The flight marks a major milestone for Blue Origin, founded by Bezos in September 2000. It will mark the company’s official entry into the suborbital space tourism business, because among New Shepard’s four passengers is its first paying customer, a young man from 18 years old A Dutchman named Oliver Daeman.

Passengers: Oliver Daemen, an 18-year-old Dutch student, must be the youngest person to travel into space when he joins Bezos for the voyage. Also included will be Mr. Bezos’ brother, Mark Bezos, and Wally Funk, who in the 1960s graduated from an astronaut program.

Cost of travel: Blue Origin originally said in June that someone bid $28 million for a seat on the trip in an auction that saw nearly 7,600 bidders from around the world. The company said last week that the original bidder had a scheduling conflict and that Daemen’s father stepped in to buy the ticket.

Ticket prices for space travel are expected to drop into the millions of dollars, but will remain expensive for years to come. Canaccord Genuity’s Virgin Galactic analyst Ken Herbert predicts that the average ticket, for now, will be a few hundred thousand dollars. He recently said he expects this to rise to about $500,000 by 2030.